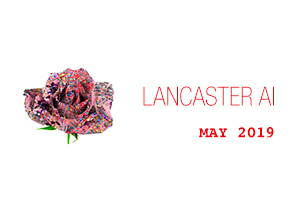 Welcome to the May 2019 Lancaster AI Meetup. There will be a talk called “Intro to the nVidia Jetson Nano: nVidia Sucks Less Than Usual” with Sugey Co-Founder Richard Everts. Potentially more talks to be announced.

The new nVidia Jetson Nano is the latest micro-device meant to compete in the same space as the Raspberry Pi (with Intel Neural Compute Stick 2), Google Coral, and others. Surprisingly, this effort doesn’t suck as much for developers as the normal nVidia offerings.This means it could work for your next project! Join Sugey Co-Founder Richard Everts as he discusses what the Nano is, how to get the dev kit running, and how to run basic AI models on it.

Feel free to checkout the following link and follow us live.